6 Uses of a Mainframe Computer

Though many people consider mainframe computers to be a thing of the past, a range of companies and sectors still use them because of how well they can be incorporated into modern industries.

Mainframe systems are some of the most important aspects of many major businesses. Not only can they process massive amounts of information, but they can do so relatively quickly.

For that reason, many of the largest sectors invest in the technology as a way to easily process billions of transactions a week.

Mainframe computers are utilized by large industries because they are some of the only hardware that can easily process massive amounts of transactions.

In the following sections, we will take a deeper look at the systems by discussing what sectors use the technology and what they use it for.

Uses Of A Mainframe Computer

As we will see, there are many uses for a mainframe computer. However, nobody takes advantage of the technology more than E-Business and E-commerce industries.

The computers have many functions, but two of the most important are keeping track of business transactions and exchanging money across the internet. Utilizing both of those aspects helps generate a much more efficient interface that aids both the company and the consumer.

Just about every large commerce industry, from stock brokerage firms to Fortune 500 companies to insurance agencies, needs mainframe computers to stay on top of their company and actively transfer data.

Every significant E-business, even medium-sized ones, needs to be able to process thousands upon thousands of transactions every single day. Mainframe computers help with that by keeping track of important information like employee pay, financial transactions, production, and inventory.

That is a ton of information, and a mainframe computer is the only machine with the storage, speed, and capacity to successfully balance all of those aspects at the same time. Using anything else would be much too slow for what a large E-commerce company would need.

You can find mainframe systems in any public or private sector that maintains information or processes a lot of data through mainframes.

As mentioned above, there are several large industries that take advantage of mainframe computers. However, none of them depend on the machines in the way banks do.

Banking is perhaps the best example ​​of mainframe computer use simply because of how many transactions the industry needs to process and track every single day.

Personal banks not only have to take note of all of their customers and various accounts, but they must also track ATM withdrawals, credit card transactions, mobile pay, and online account updates.

Though such processes are manageable with a few customers, they quickly get overwhelming with thousands upon thousands. Mainframe computing succinctly cuts down on that by keeping everything organized and readily accessible. 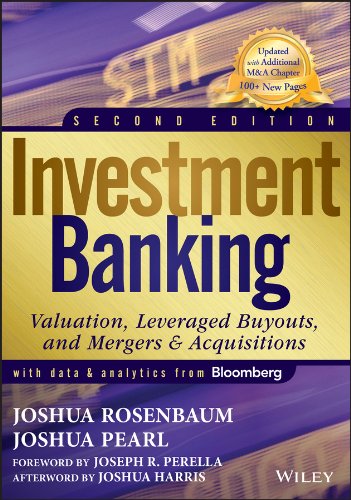 As much as personal banks depend on mainframe computing, they have nothing on investment banks that readily deal in high-frequency trading.

Those organizations need massive amounts of processing power because, not only do they have customers, but they also need to quickly react to any shifts or changes within the larger financial market.

Mainframe computer processing power aids that drive and ensures the organization stays on top of the industry.

That shows why every bank, big or small, needs mainframe computers to keep track of data and comb through thousands of transactions. Commodity servers simply do not have the power to handle that much data on such a large scale.

Health care is yet another sector that takes full advantage of mainframe computers. As with E-businesses, the industry uses the technology to keep track of and monitor millions upon millions of different transactions at a rapid pace.

Banking has to juggle many aspects at once, but it has nothing on what health care needs to analyze.

That is because health care companies have thousands of patients, and each one of those patients come with their own personalized information.

The industry does not just need to track an individual, they also need to know what medicine that person takes, any procedures they may need, what appointments they have, and what their prescriptions are.

Every single one of those data points needs to be logged into a system, and that is where mainframe computers come in.

There are many things that mainframe computer systems can do. Keeping track of data, as noted in the above sections, is key, but their processing power goes far beyond that.

Information is only one part of health care. Another big aspect is privacy. Mainframe computers help keep data private because they store it in a way where only certain people (in this case doctors) can access it.

While a bit more unconventional than the above sectors, the military also uses mainframe computers for its operations. In fact, they were the first to readily adopt the technology.

That may be surprising to some, but it makes sense when you think about the use from a purely informational standpoint.

A mainframe computer is capable of processing a lot of information extremely quickly. Though that is useful when it comes to staying on top of the banking industry, it is also important for both combat and border protection.

Military operations do not occur in just one sector. Rather, they require a lot of information to be passed between land forces, ships, planes, and even home bases.

In addition, such actions do not only keep track of ally or enemy forces. They also monitor weather patterns, keep track of potential strategic locations and utilize Global Positioning Systems (GPS) to plan attacks.

Military mainframe computers, which are operated by satellites all over the world, help organize all of those systems and allow different organizations to seamlessly move data around.

This computing is different from what we discussed above because the information being used acts in real time for both intelligence and spying efforts across the globe.

Mainframe computers have a lot of power, which is why they are commonly utilized by large sectors. One such large field we have not yet covered is academia.

Higher education is one of the largest industries in the United States. As a result, they need to track a lot of people, ranging from employees to professors to students.

Mainframe computers aid that process and allow information to be stored in such a way that it can be easily accessed by upper management.

Everyone on a college campus has a job, payroll or class schedule. Keeping track of that information is critical to running a successful school.

The other reason larger academic organizations, including both public and private libraries, make use of mainframe computing is that they have a lot of data to store.

While it helps to track students and employees, academic institutions are places of learning. That means they need to have a lot of resources that can be readily accessed by the people who use them.

A mainframe computer is the perfect place to keep such resources. Not only can they store important books or documents, they also allow an institution to keep track of sound recordings, images, prints, and maps.

Turning to the technology helps expand the database and ensures there will always be space for new information.

We finish our list with another unconventional option in retail.

Mainframe computers have been used by traditional retailers for years, and now they are being adopted by online companies across the world.

There are several reasons for that shift, but the biggest is because of how easy the technology makes it to both track and monitor inventory.

Keeping The Stock In Check

Any large retail organization, no matter if it is brick-and-mortar or completely online, needs to be able to accurately monitor its inventory as a part of everyday business.

One wrong calculation or misinterpretation can lead to large problems that can permeate throughout an entire company. 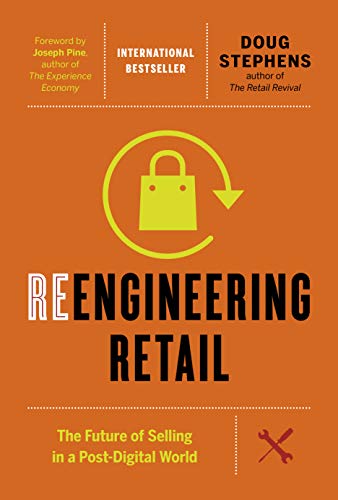 Mainframe computers help companies avoid such issues by enabling them to handle enormous transactions and store inventory information with ease.

Retailers do not just use the computers for inventory, but that is their main draw for this particular sector.

Retail in the Age of i: A New Worldview for the Retail Industry
Check Price

People have long predicted that, as technology progresses, mainframe computers will fall out favor. However, even in today’s advanced world, the sheer processing and storage power is enough for companies (including IBM) to use the machines.

A mainframe computer can handle massive amounts of data, and that power grows exponentially when more are added on. The technology is a key part of many companies and serves as a key infrastructure that will only get more and more useful over time.