No matter what device you use, you are using one of the different types of operating system available on the market today. Without a functioning operating system, we would not be able to use our computers to communicate or create.

What Is An Operating System?

The Interface Between Human And Machine

An operating system provides an interface between the human user and the device, by translating user input from a mouse, keyboard, or touch screen, into digital data that the computer can understand and process.

Typical Components Of An Operating System

The kernel is the heart of an operating system. It’s generally the first component that loads, and it lives in the main memory of the computer. It acts as the primary memory manager, deciding which applications get access to which hardware resource and when.

Multitasking is the computer’s ability to run multiple applications at the same time. An operating system must be able to manage all applications effectively without data loss or corruption.

Most modern operating systems use a Graphical User Interface (GUI) to provide input. In general terms, GUIs use images and icons that users can interact with using a mouse or touch screen to issue commands to the operating system.

Command Line Interface (CLI) uses text-based commands to interact with the operating system. Though most modern operating systems may use a GUI, most also have an underlying CLI that users can access as well.

In 1995, that shell received an upgrade to a full-fledged operating system: Windows 95. It had a DOS-based kernel, with a 32-bit userspace. Windows 95 introduced many of the features that have become synonymous with the operating system, including the Start Menu, Taskbar, and File Explorer. 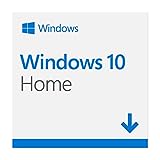 Since 1995, Windows has had several different versions. These include Windows 98, Windows ME, Windows XP, Windows 7, and Windows 8.

As of June 2019, the current version is Windows 10. Significant features for Windows 10 include Cortana, Microsoft’s virtual assistant; the Microsoft Edge Internet browser; and support for virtual desktops.

Unlike Microsoft Windows, which is compatible with a variety of different processors and hardware, Mac OS (both Classic and OS X) is specially optimized for Apple-approved hardware only.

Later versions from Mac OS X 10.9 to current are named after geographic locations in California. The name also slightly changed in September 2016 with Sierra (10.12,) from OS X to Mac OS.

Mac OS X is the second most widely used desktop operating system in the world, coming in at 13.53 percent of the marke​​t share from June 2018 to June 2019.

The Linux kernel is available as free, open-source software, meaning that the code is available for anyone to use, change, and build upon. And the non-profit organization, the Linux Foundation, currently oversees development on the kernel, which includes contributions from over 13,000 developers since 2005.

While the Linux kernel is available to download on its own, its most often packaged as part of a distribution. Linux distributions are typically known as “distros.”

“Access to computers and the Internet has become a basic need for education in our society”.- Kent Conrad

Kali Linux is made for penetration testing while OpenSUSE includes system administration tools.

However, companies and individuals can also offer Linux distributions for a price.

For example, the company, Canonical, offers Ubuntu Linux for free but also offers a paid service tier that includes support. Red Hat provides a suite of Linux-based solutions for enterprises.

Mobile devices like smartphones and tablets are everywhere. And like desktop and laptop computers, mobile devices also need operating systems to run them.

The Android OS was initially developed for and continues to be used by, touch screen devices like mobile phones and tablets.

However, variants of the Android OS now include Wear OS, for wearable devices, and Android TV for smart televisions.

Originally called iPhone OS, Apple iOS is Apple’s operating system for its iPhone smartphones and iPad tablets. Like macOS, iOS is proprietary and only available for use on Apple products.

Like OS X and macOS, iOS is based on Darwin BSD.

Between June 2018 and June 2019, iOS was the world’s third most popular operating system overall, with 13.8 percent of total market share.

Other Common Types Of Operating System

Video game consoles have their types of operating system.

The Sony Pla​​ystation 4 uses Orbis OS as its operating system. Orbis OS is a modified version of FreeBSD.

Operating systems don’t necessarily have to run large pieces of hardware. In fact, Internet-connected smart televisions use an operating system to control hardware and proprietary applications.

Perhaps the most important thing to remember when it comes to the different types of operating system available, there are many to choose from. And even more importantly, every operating system has its strengths and weaknesses.

Whether you choose a laptop, a desktop, a mobile device, or another computing device, choosing between the types of operating system you want comes down to preference. Whether you want the sleekness of Mac OS X, the broad compatibility of Windows 10, or the freedom of your favorite Linux, there is an operating system that is sure to fit your needs.

What are your favorite types of operating system? Were you surprised to realize how many are based off of Unix-like variants? Let us know what you think in the comments below.